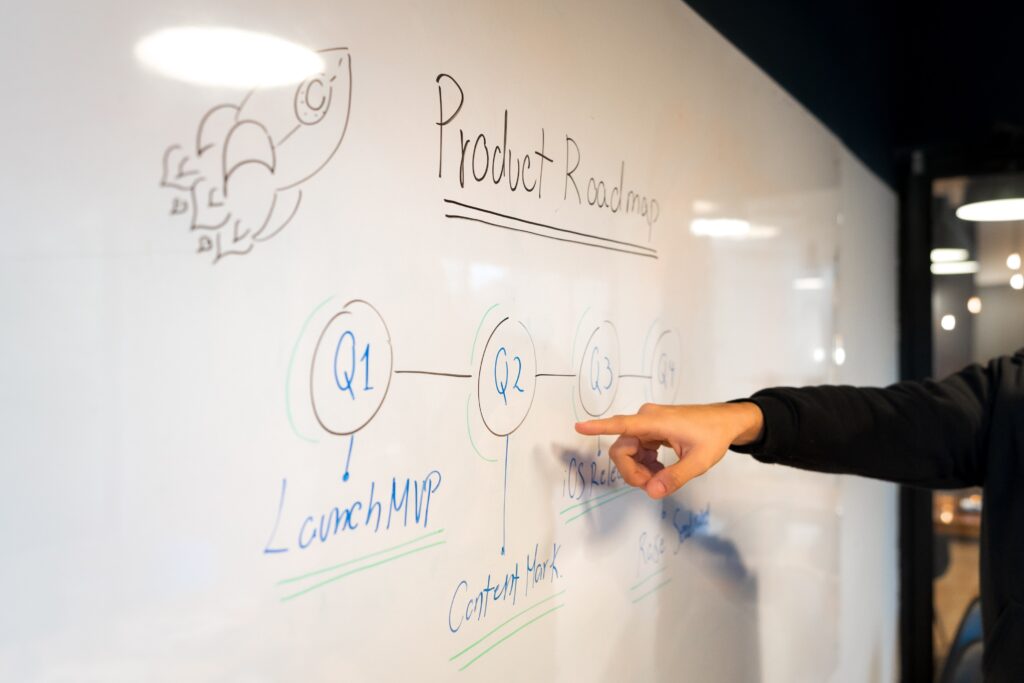 The 5 Scrum values: What are they and why do we need them?

Some years ago the creators of Scrum, Ken Schwaber and Jeff Sutherland, added 5 values to the framework that each team member must employ to help guide successful decision making. These values have been proven to boost the power of Scrum by revealing an effective roadmap for decision making and team dynamics, which also creates a great workplace environment. So what are they, and why do we need them?

Before we dive into it, let’s cover a few basics. For instance, what the hell is Scrum anyway? If you’re looking for more detail on this subject, be sure to read the official The Definitive Guide to Scrum: The Rules of the Game penned by its creators.

Scrum is a sub-group of Agile and regarded as the most popular framework for implementing Agile. The model is based upon iterative software development and is used to manage complex software and product development projects. Sprints (time-fixed iterations) allow the development team to ship software on a regular cadence, resulting in new plans and steps being created by stakeholders and teams at the end of each sprint, bolstering performance.

Scrum is seen as a rigid, plan-orientated process within the flexible Agile stable, as it follows a defined set of rules outlining roles and responsibilities that remain constant throughout the project lifecycle. Each sprint comprises 4 steps: Sprint Planning, Daily Scrum, Sprint Review, and Sprint Retrospective (including refinement activity). During these meetings, team members will elaborate on what they have done, what they are doing, and what they plan to do,so the team is aware of everyone’s role and can provide feedback on each element of the project they are involved with.

The 3 pillars of Scrum

Highly important aspects of the development process must be clearly visible to the entire Scrum Team and its stakeholders. In order for teams to be fully transparent, a common standard needs to be clearly defined and agreed upon by all people involved for each aspect of the development process. This ensures a standardized viewpoint is shared by everyone so that each member is on the same page.

Schwaber and Sutherland insist that Scrum users must often inspect artefacts and the entire progress toward a Sprint Goal in order to detect issues as and when they occur. To get the most out of frequent inspections, these should always be conducted by experienced inspectors at the point of origin of each work section.

If (most likely when) an experienced inspector does indeed unearth aspects of a process operating outside of acceptable limits during an inspection phase, the process then needs to be adjusted. The need for adaptations and adjustments need to be identified as soon as possible, in order to keep the entire project on track within the prescribed time period to avoid further deviation.

So what do the 3 Pillars of Scrum have to do with the 5 Scrum values? As you will see, much like all aspects of the Scrum framework, everything links together.

What are the 5 Scrum values?

The 5 Scrum values are commitment, courage, focus, openness and respect. When these values are adhered to fervently by the Scrum Team, the 3 Scrum pillars of transparency, inspection, and adaptation become invaluable, building a solid foundation of trust and clarity for everyone. Each team member must learn these values as they work together, as each person has their own role which impacts the entire development process.

Let’s take a look at each value:

This involves each member of the team personally committing to achieving the goals of the Scrum Team. The entire Scrum Team defines the team’s Sprint goals, and within this, they outline each member’s own goals and responsibilities which they are beholden to by their own self-management to complete within the time period. Each team member thus commits to delivering on this promise. They also commit to assisting each other wherever required and working as a team to deliver the best possible product.

Schwaber and Sutherland insist that Scrum Team members must have the courage to do the right thing and work on difficult problems. Sometimes being transparent in your work also takes a strong dose of courage, especially when inspections often reveal mistakes or misunderstandings. It’s okay to be wrong, once, and having the courage to admit it. It’s always appreciated by your team as it shows you are being transparent about the entire process which many people are invested in. Finding it easier to admit you made a mistake creates a stronger team dynamic and it helps other members be able to assist where they can.

If any endeavour big or small is to succeed, then applying strong focus to each element of work is paramount. Scrum allows teams to focus on important elements in smaller portions, meaning more focus can be given to each item in the process. When each team member is diligently focused on the work required for the Sprint and the goals of the entire Scrum Team, delivery of outcomes becomes fine-tuned and of high quality. Team members need to keep in mind that each item of work delivery they commit is valuable to the commitments agreed upon by the entire team.

When Scrum Teams and stakeholders adopt full transparency regarding the project and its associated challenges, it means everyone is literally on the same page and can progress as a single, cohesive unit. Transparency requires openness and honesty, especially when team members face work challenges in their work. It is crucial that each member is open about any issues they encounter so the team can collectively inspect and try to improve the problem. Being able to ask for help in these situations is vital for the success of any Scrum Team.

Look, if we have to tell you about the importance of respect as a concept, then you have bigger issues on your hands. But within a Scrum framework, the concept of respect becomes crucial in ensuring the overall success of the project. Team members need to be able to trust and respect each other to be capable, independent people. Of course, like in any team environment, there is likely to be disagreements and conflict, but instilling a culture of respect for each team member ensures a better team dynamic, which directly translates into a better product. Respect means that teams are able to provide constructive feedback and criticism which aims to improve the work process and overall project. Scrum Teams learn a lot from each other and when a level of respect is instilled in the working process, each team member can grow their capabilities first-hand in a pleasant working environment.

Why do we need them?

Scrum is a framework which relies on empiricism and calls for an iterative and incremental approach. When working with a framework which involves a series of predetermined steps and procedures, it is important for teams to set out rules and guidelines for operating using a self-management system of working.

The entire structure of the Scrum framework relies upon the Scrum Team working both together as a team as well as each member being responsible for the commitment of their output. If one team member slips up and doesn’t let anyone know about it, it can completely derail the entire development process.

This is why the 3 pillars of Scrum, (transparency, inspection and adaptation) are beholden to the 5 values of Scrum. When teams as a collective, and members as individuals, apply commitment, courage, focus, openness and respect to their work they ensure a better team dynamic, improved working environment, and of course, a better product.